Euston station looks set to become one of the capital’s newest commercial hotspots and a medical biosciences hub under a plans by HS2 and Network Rail.

High Speed 2 is a planned UK high-speed railway connecting London to key business locations in the Midlands, North and Scotland, including cities such as Birmingham, Leeds and Manchester. The project is to be rolled out in two phases. Phase 1 will connect London to the West Midlands, and phase 2 from the West Midlands to Leeds and Manchester, although current plans are still open to negotiation and change.

The £55 bn development plan was given the Royal Assent last week and was subsequently picked up by the Department for Transport and Network Rail. Some of the track and area directly surrounding Euston Station has the potential to provide 280 000 sq m. of new office space, housing and leisure facilities.

The plans were announced by a Public Information Notice issued by HS2 and Network Rail. It explained that, together with new workspace, the area could accommodate nearly 4000 new homes and create 14 000 new jobs in one of the best connected areas of the country.

The area around King’s Cross/ St Pancras and Euston has become an increasingly sought after place for businesses looking for workspace in the capital over the past few years. Since the 1990s, the area has undergone extensive regeneration and its transport links are unparalleled- you can travel to both the West End and City in under 10 minutes.

At the end of 2016, Google confirmed its plans to expand its London headquarters at King’s Cross, a move the Mayor of London Sadiq Khan called a “vote of confidence [in the city].”

Martin Halling, the founder of serviced office information service, SO Advice, explains, “With Birmingham’s biomedical cluster going from strength to strength at one end of the HS2 project, the idea that Euston could form it’s own hub for the medical profession at the other end of HS2 makes this a natural fit….the suite of offices would provide a step change in an area which can knit the diverse cultural highlights of Camden and the West End together.” 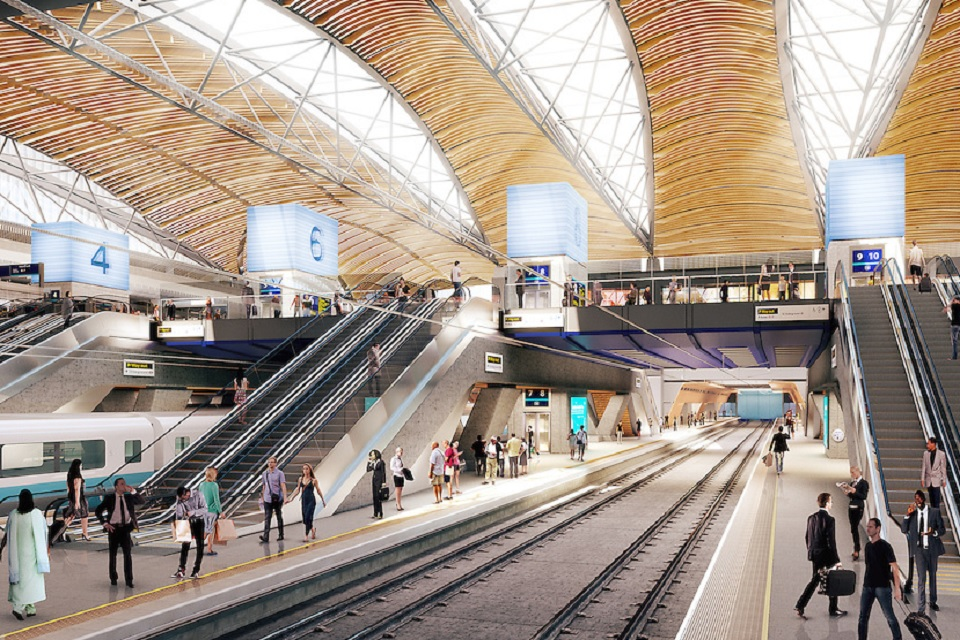 « How can listening to music increase your productivity?
Weird and wonderful offices around the world »